What Does It Take for the Designers to Quit & Is There a Formula to Success?

Imagine the fashion world as wildlife. An environment with its own predators that are dominating upon weaker forces, packs of species that are threatening and yet incredibly majestic and influential. Perhaps being a part of groups like LVMH or Kering means that there are fewer chances you will be eaten this afternoon, however who can be so mighty as to put a price tag on creative freedom? Famous designers leaving well established fashion houses is a topic that is troubling the fashion industry. Raf Simons, Marc Jacobs, Frida Giannini, Hedi Slimane, Italo Zucchelli Peter Dundas, Francisco Costa, Donna Karan, John Galliano, Jean Paul Gautier and many others move on towards the development of their own brands or completely leave the fashion industry. Thus, there are a number of hypotheses as for why this shift is happening but what matters is getting to the core of the issue.

Pressure of the Giants or the Giant Pressure

Thousands of young designers all over the world are dreaming about being a part of a big brand. However, becoming the creative director of Christian Dior is often deceiving as from the outside one cannot see what a heavy luggage comes with this label. Indeed, the prestige and recognition of the one standing behind an empire like this is astonishing but there is the constant responsibility of working for the brand. Similarly to the numerous editorials of Condé Nast, the primary focus will always be, “What is good for the magazine/brand?” Perhaps Raf Simons’s “personal reasons” simply meant being tired of always fitting in the frame of being a designer for Dior. The designer quit in October 2015 after 3 years working with the maison. Other loud long-term collaborations that broke apart were between Gucci and Frida Giannini (in February 2015 after 12 years of work) or Marc Jacobs and Louis Vuitton (in October 2013, being a creative director for 16 years). Ironically, they were strictly following the guidelines of brands’ aesthetics. So what changed?

The metamorphosis of designer philosophy has been so drastic that many did not even recognize it yet. The “new” stars of Gucci and Louis Vuitton, Alessandro Michele and Nicolas Ghesquière, are not afraid to be themselves, to dare the consumers, to go against the established norms and to push the boundaries of brands’ signature styles. No expert can measure the success of using such a technique, simply because public is the final judge and they are clearly LOVIN’ IT. No more stillness and rigidity, no more rotten tuna with a monogram print. Instead there is not only an abundance of innovative designs for everyone’s taste but also intelligent cultural references. The following gives fashion a new dimension because it is important that people know about someone like Christiane F and if they discover about her through Gucci’s campaign then let it be! Coming in the store with a lot of cash, I want to buy the pieces not just because they look good but also because they represent something more than a prestigious logo. If anything, creating an enchanting world of new discoveries around the allure of the fashion house can be a formula to success.

Some of more recent and talked-about break-ups between designers and fashion houses are Hedi Slimane leaving Saint Laurent and the end of the collaboration between Italo Zucchelli and Francisco Costa and Calvin Klein. Undoubtedly these fashion personas did some valuable work for the brands and led them into a new direction using their talents. However, the following was just not enough. Extra-mini dresses that only looked good on extra-skinny anorexic models in the last FW 2016-17 Saint Laurent were not cutting the edge anymore. Too made-up, too fake and soulless, the beauty with no personality does not have a place in the fashion business anymore. A new attempt of Anthony Vaccarello for Saint Laurent’s Spring-summer 2017 collection left the audience speechless with a safe and boring choice of majorly black classic outfits for a hot and adventurous summer. Unfortunately, even the gorgeous model, Brinx Walton cannot reincarnate the spirit of the brand by flashing out her breast covered in a heart-shaped crystal ornament. Similarly, regardless of the fact that underwear is a large source of profit for Calvin Klein, even half-naked Justin Bieber on a billboard could not help but say “adieu” to the designer pair that was not searching for new ways to make the brand cool again. 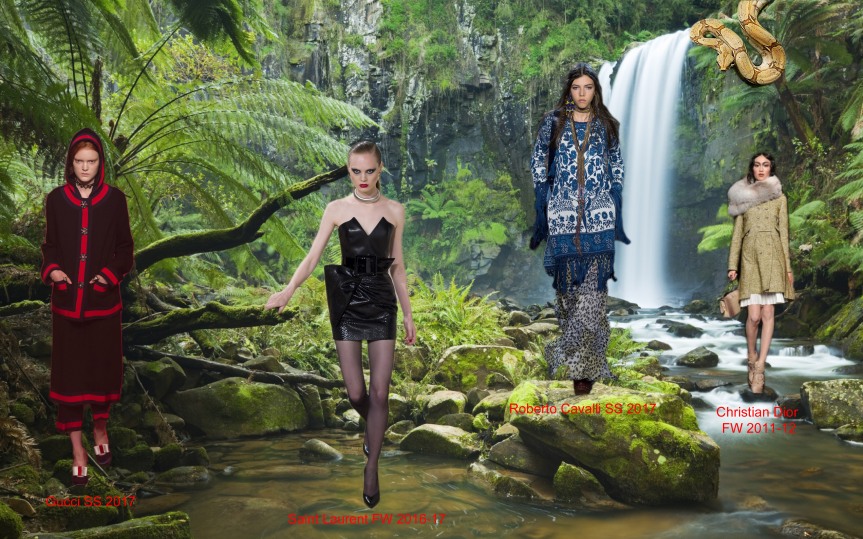 New Direction for the Star of One Direction

The latest news that is talked about in every fashion magazine is the leaving of Peter Dundas after working for only 18 months with Roberto Cavalli. In fact, after taking a glance at his latest SS 2017 collection, the guesses start to appear. Instead of dragging inspiration from the seventies, the models rather look like they are on their way to Woodstock, which is not a look that Cavalli’s consumers are going for. When bringing the trends of the era to the modern day Dundas forgot to elaborate on the spirit, the quirkiness, and the modern twist. On the other side of the fashion jungle, there is a new collaboration between Donatella Versace and Zayn Malik, who is becoming the new creative director for Versus.

“I wanted Zayn because he can help me talk to his followers,”

mentions Donatella, making us expect a lot from Malik because the brand has an incredible reputation of being in tune with the musical industry.

We live in the time when society appreciates honesty like nothing else and can easily spot a pretense or a fake. Therefore, certain collections, ideas or publicities do not have the same emotional wavelength as a modern consumer. There are no doubts that their style is refined and the garments are beautiful but how much is fashion keeping up with people’s mindset these days? Donna Karan, for example, left her own brand because, when something reaches its maximum potential, it can only go down, which is exactly what happened to the label, so instead this American icon started on Urban Zen, which is rather a philosophy of living. Similarly, John Galliano has moved to Maison Martin Margiela because the lens through which he saw Dior did not seem traditional enough to those in power back in 2011. Lastly, geniuses like Jean Paul Gautier quit to treat fashion solely as art in the form of Haute Couture. Nevertheless the world will never forget a groundbreaking film for costume design, The Fifth Element, that featured incredible looks by the fashion icon.

Just as in wildlife, even the strongest ones sometimes can be replaced or defeated, stereotypes can be broken and new concepts may rise to the top in a blink of an eye. Evolution inevitably brings progress, be it technical, emotional or creative. Today is the time to change, accept, dare, be an individual and never loose a grand allure. Perhaps there is no formula to success and we fall for what tickles our feelings even for the shortest yet excited heartbeat.