“To define is to limit.” 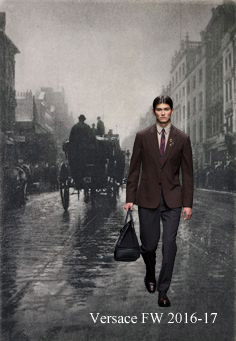 It is a rainy English afternoon. An extravagant young lord is gracefully walking thorough the stone-paved street. He catches the eyes of the passers right away with his screaming simplicity and independence from the settled norms. The fresh smell and confident appear set up a rather intriguing milieu. Ladies and gentlemen, you have just encountered lord Brummel or it should better be said, the first dandy in history. A man who has never been a subject to fashion does not suspect what an influence he will attain in the centuries to come. Thus, in the beginning of the eighteen hundreds fashion has not yet gained a multifaceted identity and an international equilibrium seen today, where innovations are taken bravely and admiringly. Nevertheless, one aspect of it has been kept constant– the joy of astonishing others.

No one knows exactly why dandyism has gained momentum so quickly and is still remaining a foundation for the men’s and even women’s collections on the runways. However, one can take a guess and assume that one of the reasons for its success is being held in ethos that dandy’s garments provide. Later on, as a chain reaction, explained by Rene Girard in his mimetic theory of desire, the puzzle comes together as human beings naturally imitate the desire of other humans. In turn, desire for the dandy appearance holds in itself a personality– a strong figure that represents confidence, art, literature and individuality. This character was named by Baudelaire, “The Painter of the Modern Life”.

“He makes it his business to extract from fashion whatever element it may contain of poetry within history, to distill the eternal from the transitory.”

Otherwise said that men of the eighteen hundreds were the ones to identify the concept of “classics” that build up an eternal element for fashion. 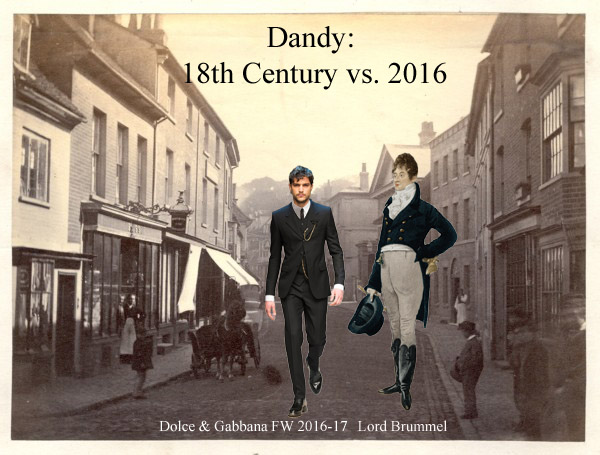 When thinking of a dandy, an image that comes to mind is well described by some of the looks from designers like Dolce & Gabbana with its famous 3-piece suit or Pal Zileri. Crisp white shirts, elaborated ties, beautiful buttons, attention to details, tailored garments, abundance of blue and grey, minimalism and simplicity are all still applicable to partially define the identity of the brands in 2016. Indeed, some of the elements have transformed and an eighteenth century tie becomes a bold scarf in the FW 2016 collection but the overall simple crisp look remains identical. Furthermore, the fashion maisons that will be talked about put a special emphasis on the materials and as said by Oscar Wilde,

“The warmth of apparel does not depend really on the number of garments worn, but on the material of which they are made.”

However, the brands do not just stop there and inherit another crucial idea– the uniqueness that is carried through the personalized items. Ronald Barthes in his work Fine del dandismo mentions,

” The dress for the Dandy is a work of art, therefore, unique”

and this statement is as accurate as ever with the modern fashion for the personalization of handbags (popularized by Louis Vuitton, Bottega Veneta or Goyard). Regardless of if it is a marketing strategy or a requiem for the past, Dolce & Gabbana, Pal Zileri and Salvatore Ferragamo are doing their collections right every season, attracting particular modern men who like to intertwine trendy pieces with classics that have their roots in the dandy times. Thus, to a certain extend this enhances the ethos of the wearer, making an item with a history, especially with your initials on it, feel more valuable. 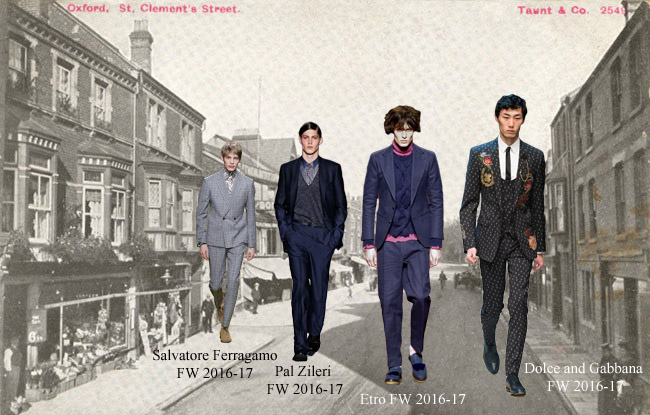 It is doubtless that designers cannot copy a look from the past and hope for it to regain popularity, however the fashion houses are not doing that at all. In their FW 2016-17 collections, Etro, Salvatore Ferragamo, Versace and Dolce & Gabbana are giving a tribute to the eternal well-known classics, mixing them with trendy pieces like a pop of pink in a sweater under the classic blue suit (Etro) or an oversized men’s tote (Versace). Indeed, the prints of the suits have become more elaborate (with Gabbana’s polkadots and patchwork), ties became slimmer and the variety of garments to choose from is infinite but the spirit of a formal old male outfit is still present in the air. Moreover, some designers are even bringing this attitude to women’s collections, basing it on characters like Annemarie Schwarzenbach, a Swiss writer, journalist, photographer and traveler, who was considered to be the female version of a dandy. 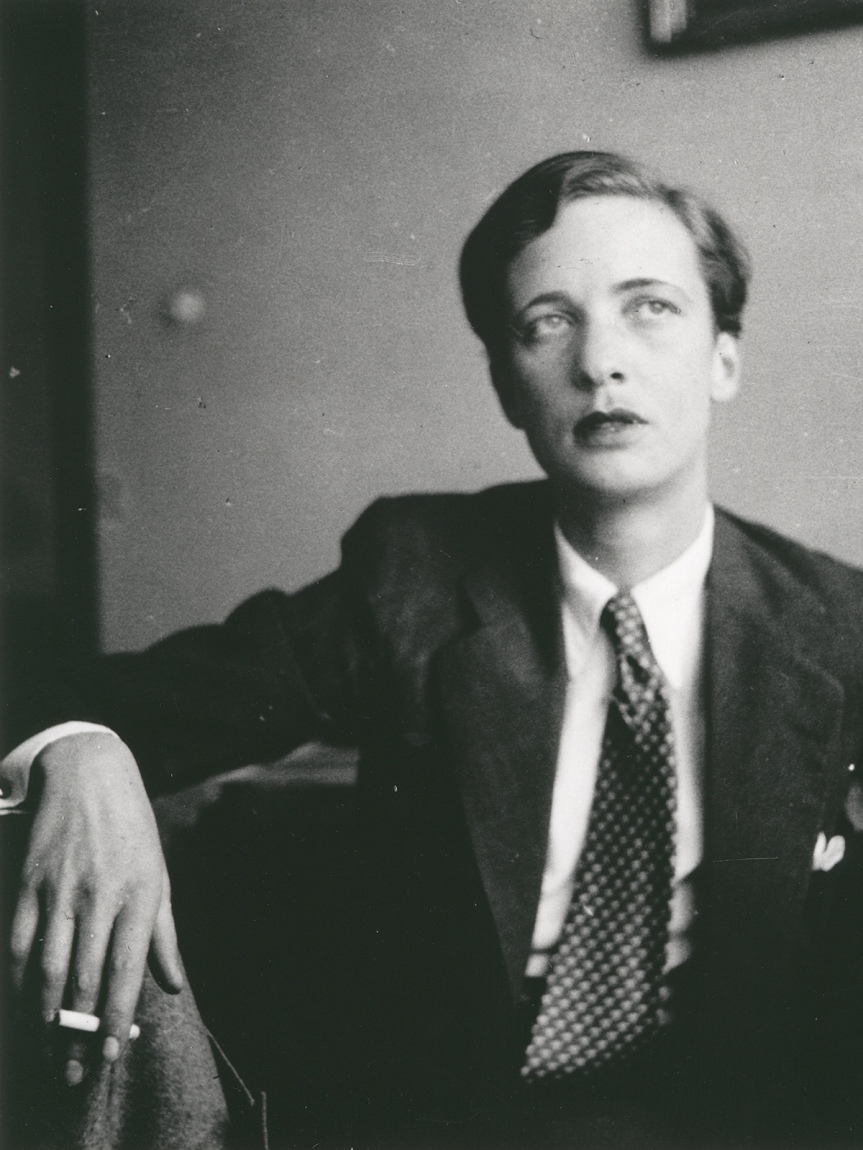 In all honestly, this fascinating kaleidoscope of modern fashion can often be hard to comprehend. Should we? This is a real question. In this scenario lord Brummel would bestow us with a condescending look and keep walking ahead confidently, swinging a personalized men’s handbag from Louis Vuitton. It is that what we call dandyism in modernity.