Metamorphosis into a charismatic character, tireless trick-or-treating, fascinatingly frightening jack-o-lanterns, bold and scary makeup and abundance of red and orange make us think of one of the most favorite holidays of the year— Halloween.

What Is Halloween and Where Does It Come From?

Originally from Ireland and Scotland, the immigrants spread their tradition to the North America in the nineteenth century. Later on, in the twentieth century the All Hallows’ Evening, known by its nickname, Halloween, was adopted in Canada, Australia, New Zealand, the United Kingdom and others. It is interesting to note that the ancient Gaels believed that October 31st was a day when the worlds of the dead and the living would overlap. Thus, in order for the evil spirits to not come and damage the crops, a festival, called Samhain, was organized, which later on transformed into our adored holiday. Many confuse this celebration with The Day of The Dead and although both imply dressing up in costumes, there is a significant difference between them. In fact, The Day of The Dead gives tribute to those who passed away and represents an act of showing that one is not afraid of the dead. 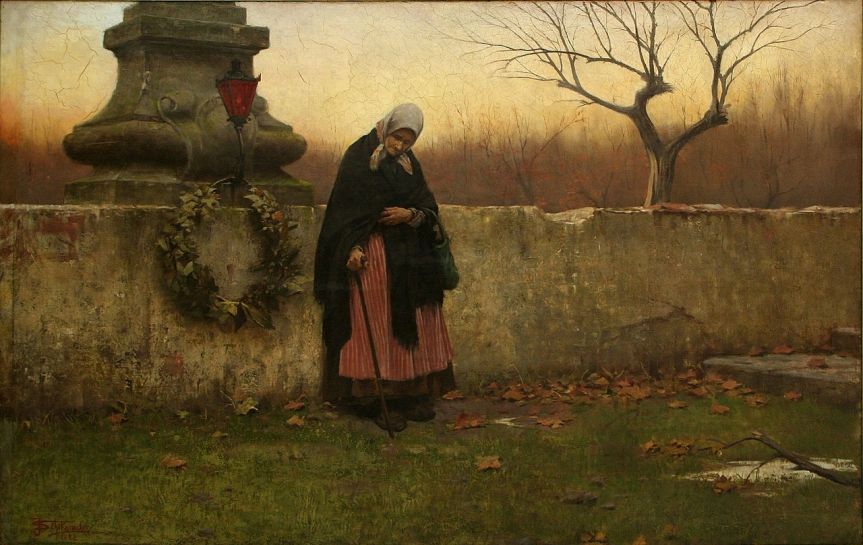 Souls’ Day, J Schikaneder 1888. This oil painting shows an praying elderly woman after placing a wreath upon the tombstone of her loved one.

After conducting some research turns out that William Shakespeare mentions Hallowmas in his comedy The Two Gentlemen of Verona written in 1593. In the play Speed accuses his master of

The following was a day when poor people would go “souling” and receive food in exchange for prayers on All Souls Day, for those passed away. Moreover, in the Middle Ages many used to put on costumes and go Christmas wassailing, so in a way Halloween is a mix of a number of ancient practices. For further more detailed information check out halloweenhistory. 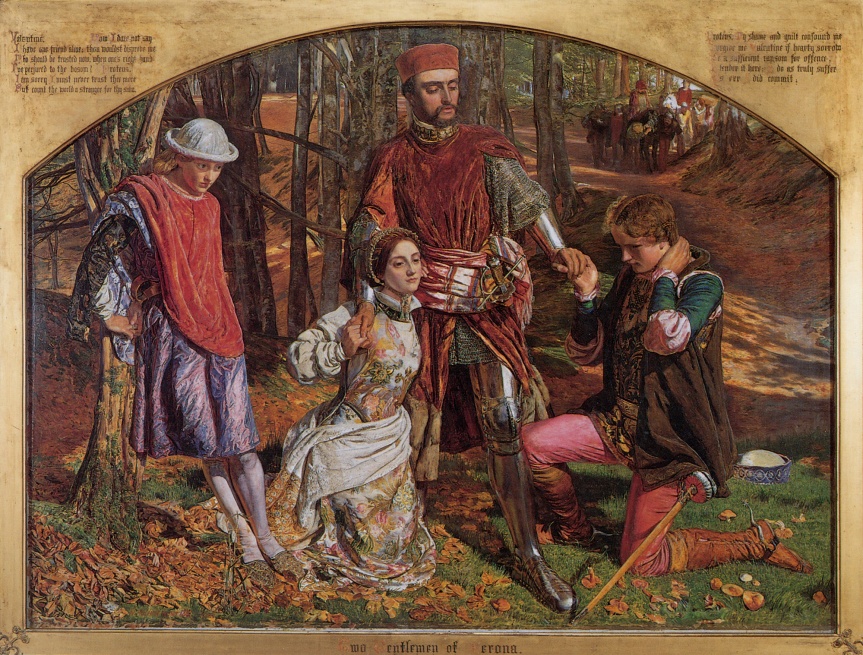 Unlike the countries where Halloween is considered as a “real” holiday with deep roots, in the most parts of Europe it is just another reason for a night out. Thus, there are a few points to think about: 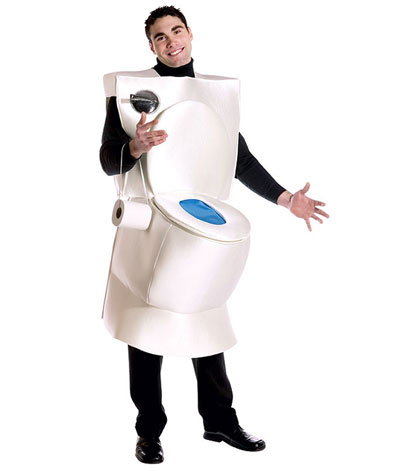 There is no limit to fun!

High-street Comes to The Rescue

Being a once-a-year type of an event, there is no point in buying a costume that will never be worn again. Moreover, most of the times the quality of the garments in the thematic stores will not be the greatest. Therefore, the best decision would be to take garments from your wardrobe and add some accents in the form of accessories or wigs. Likewise, you can buy a high-street piece that works as a costume but can later be used as a part of an every-day look or a comfortable piece to lounge around the house. For example, a plain black dress that flatters the body serves as a perfect basic, paired with opaque black tights and accessories of choice like a devil headband or a witch hat. For a more creative look, one can go with a striped black and white top of a fitted dress and pair it with handcuffs to achieve a perfect prisoner look. An alternative to a dress can be a jumpsuit, like the ones from Zara proposed below. The velvet texture has an appearance of fur, so a fox of deer look is complete by adding a corresponding headband. Similarly, a khaki green one-piece serves as a great canvas for a military ensemble. Another solution is to wear jeans or leather leggings with an elaborate top (e.g animal print) or a Disney/superhero T-shirt. 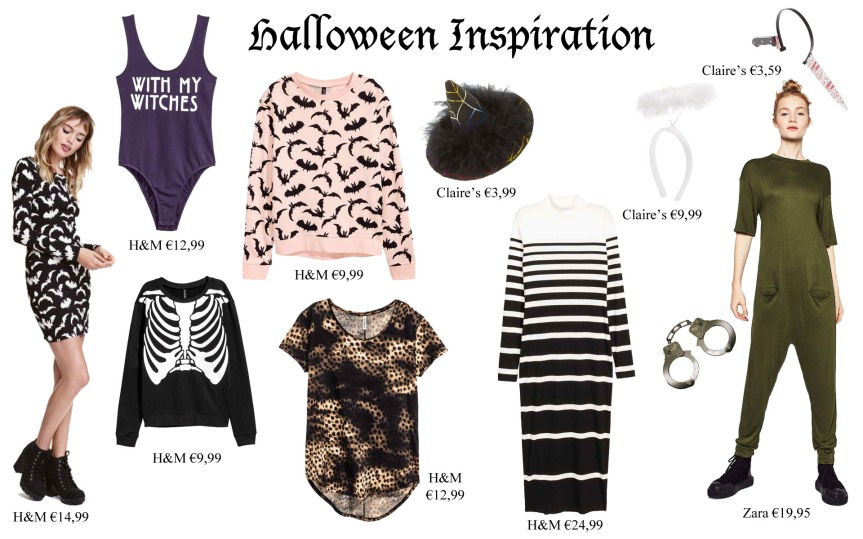 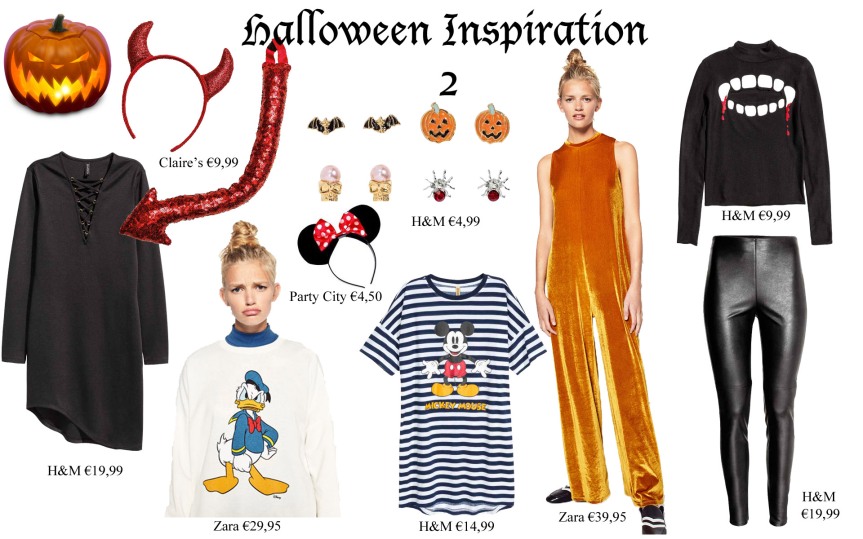 After discussing the Halloween fashion, it is impossible to leave out the makeup. Therefore, a smoky eye and a dark lip always create a festive look, however to make a real statement it is worth to put that extra effort with the guidance of talented beauty YouTubers. To make the task easier, I have linked some of my favorite makeup looks for each category within the easily recognizable costume ideas:

If there is one day when one can try on a mask of someone fascinating or inspiring, October 31st is the day. So, who will YOU be for Halloween 2016?